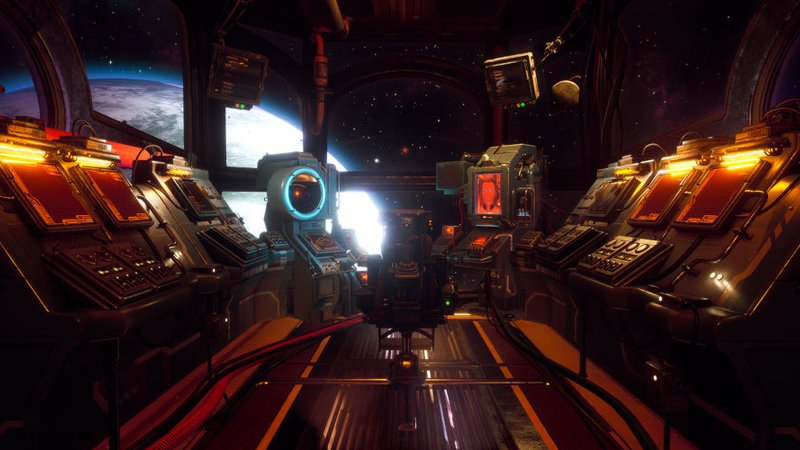 The Biggest Gaming Event of the World brings juicy details of the games that will keep us hook to our screens. Our pick of the 10 Best Games of E3 2019!

This E3 2019 doesn't hold back some surreal games.

From the creators of 2001's Max Payne and 2010's Alan Wake, we got a first glance of the gameplay and the story of Jesse Faden.

As the new Director of the Federal Bureau of Control (FBC) you will gain abilities as telekinesis, levitation, and the control power to defeat the Hiss.

Play as a loner or bring the party to four as Amara The "Siren", Moze The "Gunner", Zane, our "Operative" and FL4K, the robot "Beastmaster".

Are you ready for the mayhem?

The sequel from the 2016's Doom reboot comes with a super packed Doom Slayer.

It's time to save Earth across Heaven and Hell.

Doom Slayer, will you let something block your way?

The gory action packed adventure will launch on November 22, 2019 for PlayStation 4, Xbox One, Nintendo Switch, PC, and Google Stadia.

From the creators of the Fallout series this first-person-role-shooter adventure take us to the heart of the Corporate Model.

Literally? Welcome to the Lawless Frontier.

Become the hero or the villain that you want to be and explore this new sci-fi universe on October 25, 2019 for PlayStation 4, Xbox One, and Microsoft Windows.

A new Star Wars game, A new reason to explore our favorite galaxy.

Help build the Resistance as the Padawan Cal Kestis and use the Force to fight the Second Sister while escaping from the hands of the Empire.

This story will launch November 15, 2019  for Microsoft Windows, PlayStation 4, and Xbox One.

Don't forget to check out the 7 Superb Moments from the Star Wars Jedi: FO Gameplay now.

5 THE LEGEND OF ZELDA: BREATH OF THE WILD SEQUEL (IN DEVELOPMENT)

We took a glance of the Sequel from the Masterpiece BREATH OF THE WILD.

The Art, The Vast Story, The Magnificent Puzzles, The Bold Open World... for a second time? We're in.

What else do you need?

Taking a risky bet with an original story and new cast (star studded voice actors btw) and aiming to ride the wave of the MCU and Endgame.

We have good hopes with this assembly of our beloved heroes.

Don't know about you...but since the first teaser trailer with the Archive - Bullets soundtrack (from 2013 wow) this game has been in our minds.

Now it is ready.

And CD Projekt surely knows how to announce it.

With (yes, breathtaking) Keanu Reeves and displaying the Blade Runner, Ghost in the Shell, System Shock, Deus Ex and Akira vibes into a single-payable-experience.

Yes, there are remakes that worth it (like RE 2)

And Square-Enix surely can deliver some good gems.

One of our favorites FF stories (we can decide which one is the best) and characters needed to come back to life taking advantage of the new technology of the new generations.

Cloud, Aerith, Tifa, Sephiroth, Barret ... in a full remake built from the ground.

The Best of the Show hands down.

Do you agree with our list? Cloud or Keanu? Comment below and tell us your own ranking

10 Best Games Of E3 2019 | List-em. All images featured on list-em.com are the copyright & property of their respective owners. Images by List-em or its creator are clearly stated. If there is anything on List-em or its affiliated sites, that has been improperly credited, please email us at [email protected] If you have any concerns about an image, please let us know if you would like the image to be correctly attributed or removed, and we shall do so promptly and courteously.