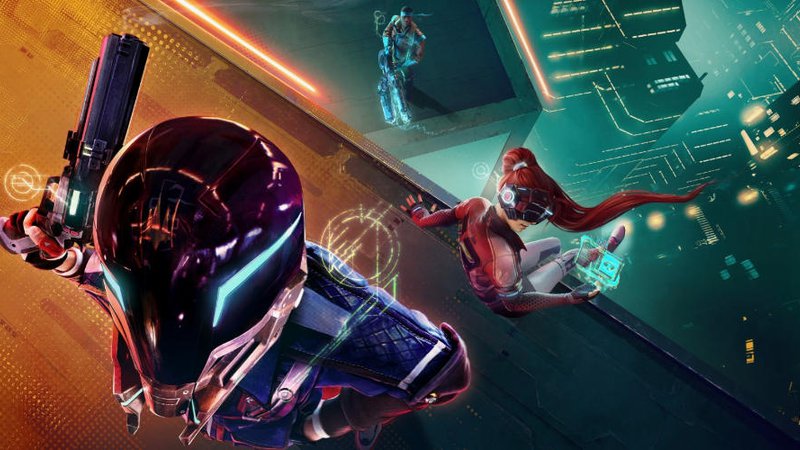 Fun, Fast & Intriguing. Hyper Scape is Ubisoft’s attempt to conquer the Battle Royale Genre. Will it be enough? Check out 7 Engaging Reasons to Play it

Back in 2018 everybody and their dogs were making battle royales, thanks to the mass success of the giants of the genre, Fortnite and PUBG.

However, the fad of the battle royale began diminishing last year, that is, until Apex Legends came out, ready to take a slice of the market out of the giants, and boy, it surely did.

Fast forward this year, and Call of Duty: Warzone brought yet another change to the battle royale scene, which confirms that the genre is very much alive, and consumers will gladly accept a new game as long as is interesting and has something to offer.

Hyper Scape is Ubisoft’s attempt at doing just that, and it sure looks promising, here are 7 Reasons to Play Hyper Scape.

Hyper Scape's main premise is mobility, that is, vertical mobility.

Characters can jump, glide, and run quickly, so players can traverse the city landscape in basically any way imaginable.

Most games of the genre generally use vehicles to enhance the player's mobility, but Hyper Scape gives the player all that power from the start.

Maps are full of buildings and obstacles, so it's a nice trade-off, and the character's agility doesn't feel unbalanced.

If you have played Titanfall, it kinda feels like that.

Hyper Scape is greatly focused on the use of skills (called ‘hacks’ ingame), and there are quite a lot of them.

Walls so you can quickly put a stop to an enemy, area heals for your squad, a ground smash (very much like the one we can use in Halo 5), and the most interesting of them, a quick-scape skill that turns you into a bouncing ball, allowing you to get out of a danger zone unpredictably.

Like all other battle royales, guns are the main part of Hyper Scape, and there are a ton of them.

It doesn't use the classic ‘rarity’ tier to classify guns, but it introduces a much more interesting way of obtaining more firepower.

After you pick up a gun, you can upgrade them on the go, making your character much more deadly (a requirement if you want to win a match), without the need of “hunting” higher-tier guns like Fortnite, for example.

Continuous looting is extremely encouraged, to upgrade both your guns and your skills, nonetheless.

In Hyper Scape, death isn’t the end of the game, but unlike Warzone’s Gulag, in Hyper Scape you turn into a sort of techno ghost, and you can help out your squad, scouting for them and such.

If someone from your squad takes down an enemy, a respawn point appears where the enemy player fell, allowing you to get back into the fray, really neat.

This may look like an odd reason to play the game, but hear me out.

Ubisoft has joined forces with Twitch and made Hyper Scape a virtual show of sorts.

If you are streaming your game, your viewers may vote during a random event that affects the game for a couple of minutes, so far only zero-g and infinite ammo were showcased, but we can expect more variants to come.

This also makes it fun to watch, since you can actually interact with the game.

A game may have a million features, but if the devs don’t know how to apply them correctly, those features are gone to waste.

The maps make it challenging to take advantage of your character's skills, the upgrade system feels rewarding after you apply a few of them to your weapon, and the squad-based capabilities make it a blast to play with friends.

The fact that the tech test/closed beta was set up with player feedback in mind (and they intend to apply as much of the feedback as possible) tells us that Ubisoft is taking great care to deliver something actually fun.

The game doesn’t have a particularly high skill floor, but it certainly has a very high skill ceiling, so we can expect this game to have a thriving competitive scene.

Show me the Gameplay? Check out this Hyper Scape: Gameplay Overview Trailer Courtesy of Ubisoft

Besides the six features that I wrote, Ubisoft is really trying to make Hyper Scape a unique experience that stands out from the rest.

The two main features that make Hyper Scape really different are the lack of inventory and the lack of any kind of armor, both centered on the quick-paced gameplay philosophy this game follows.

Another unique feature is that taking out all the enemies isn't the only way to win, there's also the 'crown rush' if you manage to hold out to the crown (an object that spawns at the last circle shrink) for 45 seconds, you win.

Making it a snitch (the tiny, flying, golden ball) of sorts, really neat.

Hyper Scape is a refreshing offering in such an oversaturated market.

This game is definitely a much-needed breath of fresh air into the genre, and I hope Ubisoft Montreal delivers the product this game deserves to be.

Are you looking to play Hyper Scape? What's your favorite Battle Royale at the moment? Tell us below and Keep the Hype Gaming Flowing Here on List-Em

Also, don't forget to check our FREE guide of the Top Ten Games You Must Play if you want to escape from the Battle Royale Madness 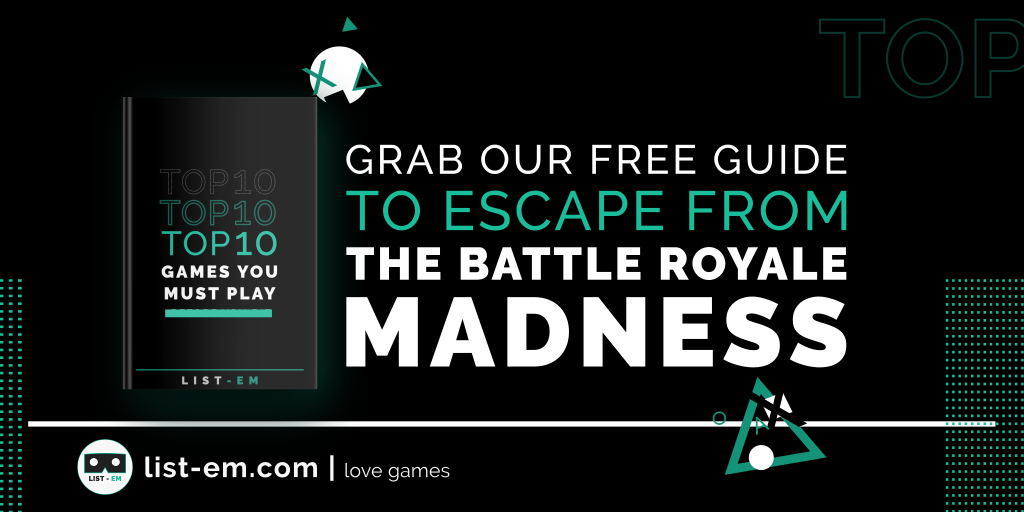 7 ENGAGING REASONS TO PLAY HYPER SCAPE | LIST-EM. All images featured on list-em.com are the copyright & property of their respective owners. Images by List-em or its creator are clearly stated. But, if there is anything on List-em or its affiliated sites, that has been improperly credited, please email us at [email protected] So, if you have any concerns about an image, please let us know if you would like the image to be correctly attributed or removed and, we shall do so promptly and courteously.