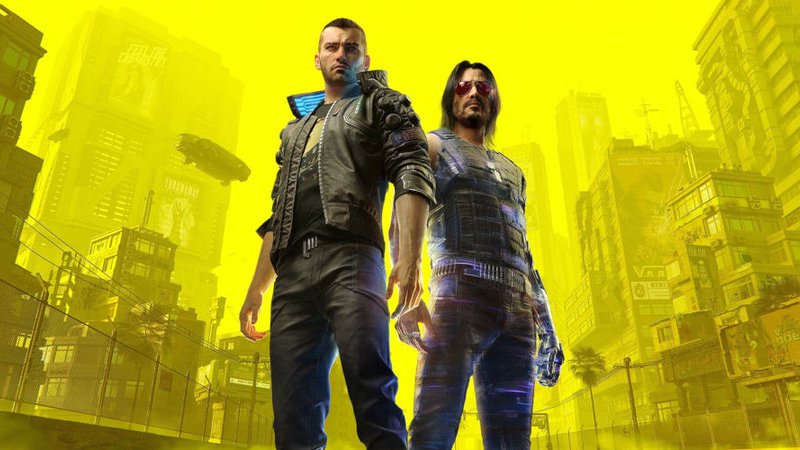 Cyberpunk. Open-World. Breathtaking. Cyberpunk 2077 is ready to take its place in video game history this 2020. Check out the reasons why

7 REASONS TO BE EXCITED ABOUT CYBERPUNK 2077 | LIST-EM. Article Image by CD Projekt RED

After a few hiccups during development, CDProjektRed will finally launch Cyberpunk 2077 this November (or at least that's the plan unless we are about to see another game fall into development hell), and if you need to remind yourself why you should be excited about this release, boy do I have a list for you.

Strap up, here are 7 Reasons to be excited about Cyberpunk 2077!

If you have watched any of the trailers, or any of the official screenshots for that matter, this shouldn't be any surprise to you.

CDPR, the masterminds behind The Witcher game franchise, is amazing at creating stunning visuals (The Witcher 3 is a testament to that).

The textures, models, and lighting effects (as an extra, like most triple-A games currently in development, it will have RayTracing) is amazing, so you can be sure that this game will look every bit as good as it has looked in the trailers.

Sure, our friends at CDPR are very good at creating games that look good, but that’s only a fraction of what has made them so successful.

Their adaptation of The Witcher was tastefully done with hours upon hours of content, interesting side quests, amazing characters, and a near-perfect main storyline.

Cyberpunk 2077 promises to follow through with those ideas and deliver an amazing playable experience.

As a side note, it appears that the storyline will be shorter than The Witcher 3's because a sizeable amount of players never finished it.

If you have played any of the Witcher games, you know that they can be quite… unique experiences regarding gameplay (the word ‘janky’ fits better).

It took quite some time to get used to the control scheme, and it could be frustrating at times; sure, The Witcher 3’s controls are much better, but it wasn’t that enjoyable.

However, it appears that Cyberpunk 2077 that won’t pose a problem and it will finally have a polished gameplay experience… if we take the trailers at face value, at least.

CDPR has promised that players can have a lot of freedom regarding character customization, and in fact, body modifications are one of the core concepts of 'New City', the place where the game takes place.

We will be able to define our character's race, gender, height, augmentations… genitals (yes, I'm completely serious), and a lot more stuff, so it's fair to say that you will be able to play as whoever you want.

05 CYBERPUNK 2077 IS ALL ABOUT CYBERPUNK

If you are a fan of Blade Runner and Ghost in the Shell, if you have replayed all the Deus Ex games ad nauseam, and you still feel the need to scratch the itch for more cyberpunk content, Cyberpunk 2077 will be just what you need.

The city is a den of megacorporations, body augmentation, crimes, gangs, and a fight to change society.

To that mix, we add our character, which is looking for a rumored immortality augmentation, cyberpunk indeed.

Even if all that doesn't convince you, the number of neon lights and holograms that fill the city should satiate your cyberpunk needs.

Cyberpunk 2077, unlike what some of you might think, it’s not a new IP created by CDPR.

Cyberpunk 2077 is the next installment in a franchise of tabletop games and pc adaptations.

If you are a fan of the franchise, you can be at ease that CDPR will deliver a game that can live up to the name, and that it will be faithful to the lore and characters that the franchise has done for decades.

If you saw last year’s E3, the presentation of Keanu Reeves (“you are breathtaking!”) as Johnny Silverhand (one of the central characters of the franchise) was a big surprise.

The fact that we can interact with Johnny/Keanu is a big plus for the game, whether you are a fan of the franchise or not.

Sure, this isn’t the first time CDPR has celebrities as characters scattered throughout their games, but none of them were Keanu Reeves, so I think that’s pretty freaking tight.

Are you excited about Cyberpunk 2077? What do you think about CDPR’s way of dealing with the game?
Let me know down below!

Looking to Play more Breathtaking Games? Check our FREE guide of the Top Ten Games You Must Play Before Cyberpunk arrives

07 REASONS TO BE EXCITED ABOUT CYBERPUNK 2077 | LIST-EM. All images featured on list-em.com are the copyright & property of their respective owners. Images by List-em or its creator are clearly stated. But, if there is anything on List-em or its affiliated sites, that has been improperly credited, please email us at [email protected] So, if you have any concerns about an image, please let us know if you would like the image to be correctly attributed or removed and, we shall do so promptly and courteously.