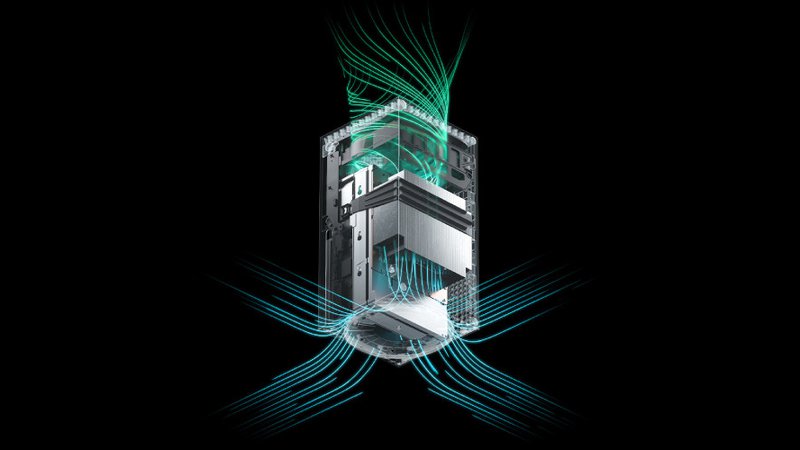 Powerful, Fully Compatible & with Promising Games. Microsoft with the Xbox Series X is ready to take over the Next-Gen. Here are 7 Reasons to be Excited

7 REASONS TO BE EXCITED ABOUT THE XBOX SERIES X LAUNCH | LIST-EM. Article Image by Microsoft

When the Xbox Series X was revealed, more than a few people joked about the design.

But, for the fans of the minimalistic aesthetic, the Series X sleek, rectangular shape is a sight to behold.

Yes, it kinda looks like a fridge, but it’s either that or the turbo-router that Sony will sell.

Besides, the Xbox Series X will fit nicely with most PC Cases.

So, it won’t stick out like a sore thumb when it sits side to side with your Master Race machine.

The Xbox Series X will be fully compatible with the Xbox One.

Most of the catalog of the 360, and a good chunk of the original Xbox library, with more additions coming by the day.

So, you can be at ease if you want to play a bit of your more retro games with your shiny new Series X.

You’ll also be glad to know that most of the older games will run even better than they did on the original hardware, with improved framerates, load times, and resolution, according to Phil Spencer.

As a side note, even your old accessories will be compatible with the Series X.

So, you won’t have to spend any additional money on peripherals.

If you already own a bunch of controllers, hard drives, and such from past Microsoft consoles.

Looks like Microsoft is finally getting back on the dev race.

With a bunch of new teams under its wing and the Xbox Series X will (hopefully) boast quite some exclusives to fight off against Sony’s solid offering.

The big one will be Halo Infinite a (likely) return to the franchise origins that will make or break 343i, the lead developers of Halo since 4.

However, it looks really promising, and fans of the franchise (such as me) will be glad to have a new entry worthy of its name.

Besides Halo, two exclusives look promising, The Medium, an impressive horror game that appears to be a spiritual successor of sorts to Silent Hill, or at the very least it will sound like a Silent Hill game since it has the main composer of the franchise among the devs.

Scorn it’s the last known to date exclusive of the Series X, another horror game, although this one is a first-person horror game, and boy was the trailer confusing.

It fits the “nightmarish universe of odd forms and somber tapestry” motto thing they have on the main page of the game, nonetheless.

There are also a ton of third-party games, so that’s that.

We can rest assured that at the very least, our Series X won’t be missing most of the fun.

Microsoft is going back to their roots, as the OG Xbox did in 2001, the Series X is leagues above the competition.

With its GPU delivering 12 Teraflops of raw power, and although this doesn't guarantee success, it does mean that it will help to deliver an experience closer to enthusiast-grade PCs.

This also means that developers won't be so limited by the hardware, and they’ll be able to create even more impressive games with a smoother experience overall.

Checking out the competition? Here are the 7 Reasons to be Excited about the PS5 launch

It would be a waste if all that power would only make the games go like a glorified slideshow.

But, fans of team green will be glad to know that the Series X will be the first console to support 120 frames per second.

Sure, it probably will be limited to the 1080p and 1440p realm, with a lower, stable frame rate on the 4k resolution, but this will mean that consumers will be able to enjoy current-gen games at a framerate that was only reserved to enthusiast-grade and higher-end PCs.

The Xbox Series X will come with a bunch of neat techs packed inside.

From its included DirectX Raytracing (something that the PS5 will also include) that will allow lifelike lighting effects, to its Dynamic Latency Input, a feature that reduces the input lag to its minimum; something that professional players will appreciate.

There’s also Microsoft’s Smart Delivery, a service that will ensure you'll get the correct version of the exclusives you'll buy, something good since the One X will get quite a few exclusives in unison with the Series X.

Of course, Microsoft’s big game subscription service will also come to the Series X to no one’s surprise.

The Game Pass is something that will allow you from day one to enjoy a massive library of games from all the previous consoles, coupled with discounts and more.

There’s also the first party games availability, so you’ll be able to enjoy whatever exclusive Microsoft has for the Xbox Series X at no additional cost.

Are you waiting for the upcoming Xbox Series X? Who is your winner in the Next-Gen Console War? Tell us Below and Check out More Reasons to Play Here on List-Em

And, don't forget to check our FREE guide of the Top Ten Games You Must Play Before the Next-Gen Arrives 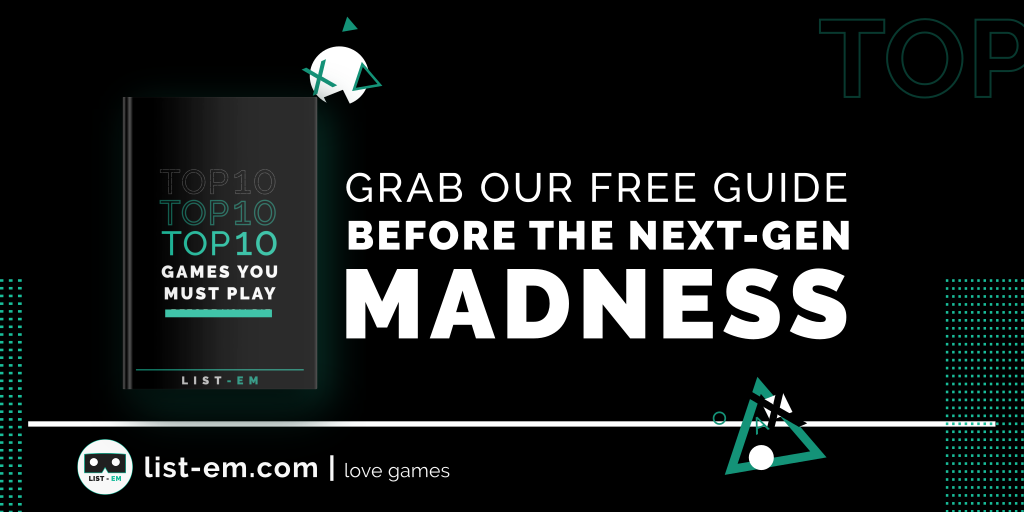 7 REASONS TO BE EXCITED ABOUT THE XBOX SERIES X LAUNCH | LIST-EM. All images featured on list-em.com are the copyright & property of their respective owners. Images by List-em or its creator are clearly stated. But, if there is anything on List-em or its affiliated sites, that has been improperly credited, please email us at [email protected] So, if you have any concerns about an image, please let us know if you would like the image to be correctly attributed or removed and, we shall do so promptly and courteously.