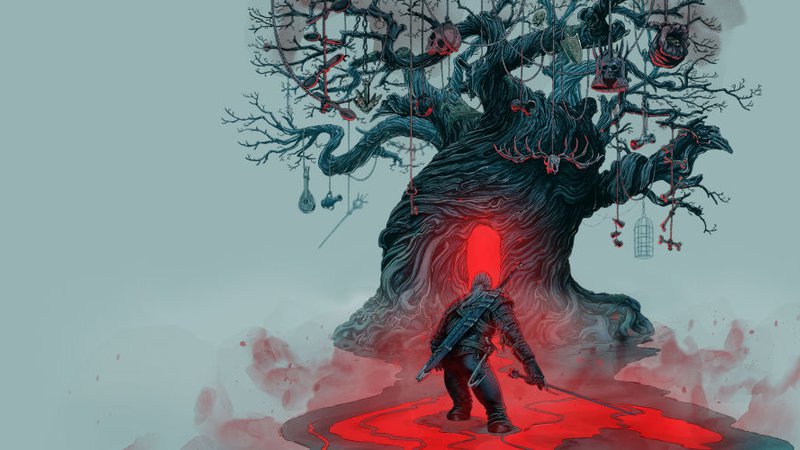 With a new glance into The Witcher universe coming soon on Netflix, let's review the reasons to play The Witcher and remove them from your unplayed games.

1 WELCOME TO THE WORLD OF THE WITCHER MONSTER SLAYER

Released in 2007 for PC, The Witcher first game introduces us to the epic fantasy world based on the novel series of The Witcher by Andrzej Sapkowski.

Develop by CD Projekt Red (you know… that little studio that is now producing little gems like Cyberpunk 2077), we get to play the badass monster-slayer Geralt of Rivia and his quest through a world of political turmoil and its political monsters.

With a massive open world, dynamic environments and the consequences of war, enter this dark portrait of our human nature.

2 SAVE THE PRINCESS OR KILL THE BEAST

But this is not your typical sword and slash.

The richness of The Witcher comes from discovering the relationship between Geralt and the living creatures of his world.

Taking the consequences of your decisions across your path, this dark fantasy world aims to keep you playing after the credits to review out your past mistakes.

After all, war hides the truth but bring out the best & worst of our beings.

And The Witcher surely knows it.

Mythology and History joined this fantasy to draw a shadow line between the monsters of humanity and other creatures.

So, we must say: For mature audiences only. Enough of the silly games.

One of the best Role-Playing Games of history.

Taking us to a vast and rich semi-sandbox world where hundreds of hours of play will not be enough.

Dense and deep mechanics, powerful potions, swords, and crafting will lead Geralt's way into the flesh and bones of his enemies.

This fantastic fantasy world is not complete without an exhilarating adventure experience.

So much more to do, learn and hunt which became a huge role on The Witcher and its high customization powers.

Beware of being drawn in every quest & in every story of this war of pain.

6 EPIC MUSIC FOR THE EPIC JOURNEY

Every sound, song, and chord complements every moment, step and event of the White Wolf story.

Taking us through the melancholy of the dark and depressing war along the edge of battles, encounters, and revelations.

This is a masterpiece told with the sounds of music.

7 THE BEST OF ALL… THE CHARACTERS

Silver for monsters… Steel for humans.

The greatness of The Witcher comes from how the characters play the games of war.

The ladies, the monsters and the enemies in Geralt's life.

Monsters that tell stories of desperation and search for an opportunity to life.

Take the place of the fear for many and the admire in silence monster slayer and his adventures for money, redemption & war.

Welcome to The Witcher world.

Have you read the novels and/or played The Witcher? What are your thoughts on the upcoming Netflix series?

Comment below and in the meantime check out the last trailer right here.

7 REASONS TO PLAY & WATCH: THE WITCHER | List-em. All images featured on list-em.com are the copyright & property of their respective owners. Images by List-em or its creator are clearly stated. If there is anything on List-em or its affiliated sites, that has been improperly credited, please email us at [email protected] If you have any concerns about an image, please let us know if you would like the image to be correctly attributed or removed, and we shall do so promptly and courteously.