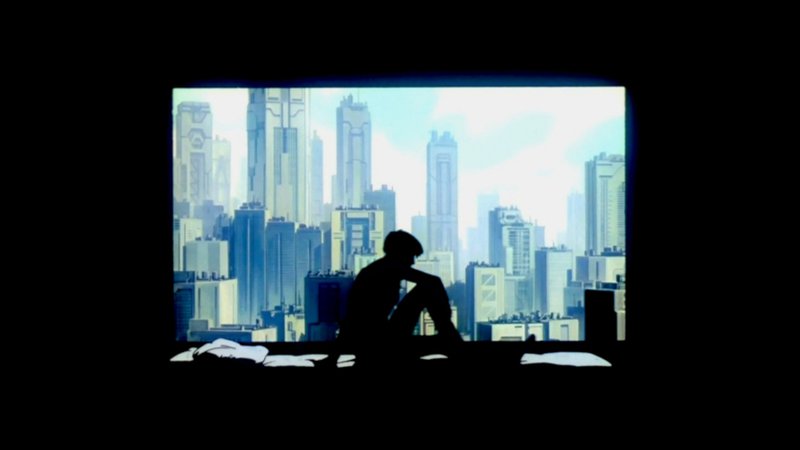 A classic in the sci-fi movement that changed the way we see animated movies. Let's review why you should check out the stunning 1995's Ghost in the Shell.

Becoming a media franchise, from manga to animated films, TV series, video games, a live-action film & with a Netflix's adaptation coming soon. Let's review the Revolutionary 1995's Ghost in the Shell animated film that started the road of this legendary story.

Warning, this animated film is for Mature Audiences Only = NSFW

Enter the visionary future created by Masamune Shirow, a dystopian society where humanity and technology are fully immersed.

Introducing Motoko Kusanagi, a badass female cyborg officer in her quest to discover her identity while fighting the rogue IA known as the Puppet Master.

In short, prepare yourself to witness a masterpiece animated thriller with stunning action sequences, futuristic environments & above all, a thoughtful view of our own questions.

What will catch your eyes in GITS are the gorgeous visuals (warning, this is a mature only film), flawless animations, impressive action sequences & stylish character design.

In particular, using the aspect to aspect animation style, a classic Japanese style, GITS makes you live the story instead of rushing to a goal (beat the bad guy, save the princess or save the world).

So, prepare yourself for a different pace and tone & incredible moving shots.

This futuristic Neo-Japan comes to life by becoming the very own shell of the plots of its living citizens.

A beautiful film such as Ghost in the Shell must be accompanied by worthy beats.

With a mix of classical Japanese + Bulgarian folk music, Mr. Kenji Kawai masterfully composed the score that set the tone for the chilling sequences of GITS.

Above all, check out this gorgeous shelling sequence & enter a work of art.

But, if you're aiming to a Friday night film that takes out your mind from the reality of week.

Then, let me tell you Ghost in the Shell is far from that.

Questioning our humanity is a path that every once in a while we must endure.

So, this is not a film for the masses.

Exploring philosophical themes and setting discussions about the future, GITS will keep revolving around you like… a ghost.

Joining the shelf of cult classics such as Blade Runner, The Matrix, Terminator or Alien, Ghost in the Shell is an artwork worth watching.

Portraying synthetic characters that display the feelings or disconnection of humanity, hence leaving us the task of answering our existence in this vast & wide life.

In addition, the fight between the Major & the Puppet Master is worth the thrill.

So, if GITS doesn't make you ask What makes us human?

At least will change your view of the world.

Is this a photo of the near future?

Well, it certainly has inspired art, movements, cultures, media & so on.

Creators such as The Wachowskis, James Cameron's Avatar & Steven Spielberg's A.I. Artificial Intelligence has taken a piece of Ghost in the Shell as a foundation of their own universe.

So, maybe a little bit of Ghost will still be present in your next creations.

And that's the reward of a masterpiece.

Therefore if you want to jump into a stunning animated film with clever themes, cool visuals, engaging action sequences, develop characters & overall, a groundbreaking ride into our future.

Welcome to the Ghost in the Shell Universe (also, if you want more check out the TV series, manga, games & live-action movie).

In short, enjoy a newfound way of thinking about animated movies.

Have you entered the world of the Major? What other animated movies such as Ghost in the Shell will you recommend us?

BTW, check out other stories that you must know before leaving your shell with our free guide of

TOP TEN GAMES YOU MUST PLAY BEFORE YOU DIE.

7 REASONS TO WATCH: GHOST IN THE SHELL | List-em. All images featured on list-em.com are the copyright & property of their respective owners. Images by List-em or its creator are clearly stated. If there is anything on List-em or its affiliated sites, that has been improperly credited, please email us at [email protected] If you have any concerns about an image, please let us know if you would like the image to be correctly attributed or removed, and we shall do so promptly and courteously.