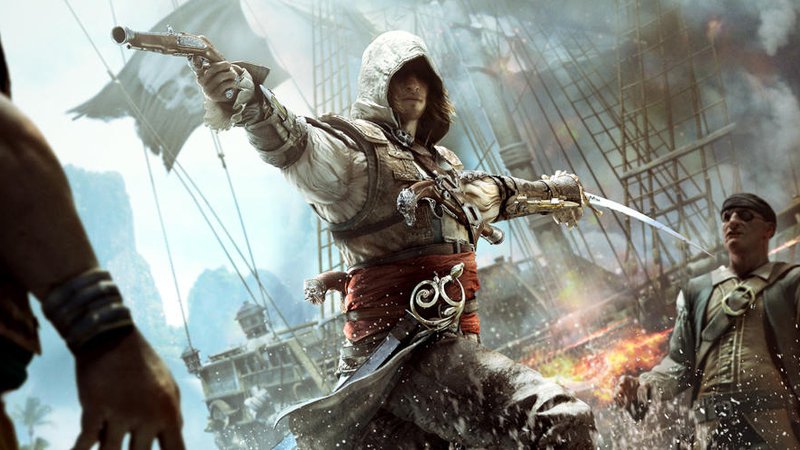 Epic. Open. Fantasy. Assassin's Creed is a franchise with history and with Valhalla in stores, let's review the best AC video games so far

Let’s be real, since the release of the OG Assassin’s Creed back in 2007, this franchise has left its mark in the history of video games.

Thanks to their (embellished) historical focus, fun and engaging gameplay, charismatic characters, and cool design, AC truly deserves its spot (If we ignore the usual game-breaking bugs that plague the franchise at least, albeit that’s more of Ubisoft’s fault as a whole).

Now that Assassin’s Creed Valhalla is all the rage, I thought it would be nice to go for a trip on memory lane and revisit some of the best titles of this franchise.

As always, this top it’s entirely subjective and tied to my personal preferences, so you are free to flame me in the comment section.

Now that that’s out of the way, let’s begin.

The sheer audacity of Ubisoft when it launched this collection of game-breaking bugs that they intended to pass as a "game", man.

What I'm most mad about this (six years later and I'm still pissed about it, yeah) is that the game promised so much.

Paris during the French Revolution was so interesting.

Arno was an okay MC, and the multiplayer gameplay had some nice stuff going on… when it worked.

However, it was so utterly unplayable for me that I abandoned it before even finishing it, and it made me skip AC: Syndicate altogether.

(I did have the opportunity to play it for a bit and the dumbed-down parkour was a mood killer, too).

This is the dark story of the franchise, make no mistake.

This game is fun alright; however, it sucks as an Assassin’s Creed game.

Heck, even a Tomb Raider game would make more sense if you slapped the title ‘Assassin’s Creed’ than Odyssey.

Here we are either Alexios or Kassandra (canonically, Kassandra) and we embark as the Eagle Bearer during the Peloponnesian war.

The RPG elements, with little to no focus on sneaking and parkour, give way to entertaining gameplay, but a bad Assassin's Creed.

As a side note, the fact that we fight against mythological creatures and whatnot takes away the somewhat grounded historical approach most AC games had (yes, I know most AC games still mixed fantasy and stuff, but it was mostly things regarding the Isu, not fights against Cyclops).

Keeping in line with the flawed main characters, here we have the original Assassin’s Creed.

However, Altaïr isn’t flawed like Connor in the sense that he is void of personality, on the contrary, Altaïr is flawed in the good sense, and during the entire game, we see him going from being mindless and arrogant to calculating and humble.

I give such a low spot to the OG AC because, well, it isn't that entertaining.

One can power through thanks to the plotline, but the game itself it's pretty much the same 5 missions repeated ad nauseam till the end of the game.

With the fact that this game was the ending of the Miles saga, one would expect that it would be better.

To be fair, the modern-era plotline is pretty good and controlling Desmond as a full-fledged assassin is quite satisfying.

The gameplay is smoother than the Ezio trilogy; we are introduced to naval battles, hunting, crafting, and much more.

However, the game has a definite flaw that holds it back: Connor.

Connor Kenway (or rather, Ratonhnhaké:ton) has the charisma of a wet towel, it’s kinda depressing when most of the cast, like Haytham, are way more interesting than the MC.

It’s a pretty cool game, though.

A swan song of the franchise on the 360/PS3 generation, we could finally take control of a Templar (well, assassin turned Templar, whatever), however, the delivery it's pretty bland.

The game feels and plays much like Black Flag (and shares most of its activities), but with an arctic environment instead of the colorful Caribbean.

We get plenty of references to both III and Black flag, and it even connects with events from Unity, so it's not like it misses completely on the plotline area.

Still, it is a fun game, and something you should experience to get the whole Kenway saga.

A definite plus is that there are sea shanties, even though they aren’t pirate-themed, they are still pretty cool to listen to.

As an Ezio apologist, I feel ashamed for how low AC: Brotherhood is on my list, but it can't be helped.

AC: Brotherhood it's kind of like the middle brother of the Ezio trilogy (and it also sits literally between ACII and Revelations).

Here we have a pretty mature Ezio trying to fight against the control of the Borja Templar family.

We start exactly where ACII ends, and we get to explore Rome, which is pretty cool.

Also, we get introduced to the brotherhood system, where we get to recruit new members and use them to both send them to missions and to help us in combat.

And, we get more Da Vinci, so that’s always nice. Plus, the first big reveal of the Isu with Minerva.

However, it still falls kinda short when compared to both of its siblings on the trilogy. Oh well.

This game is the clear evolution of the franchise and how it should have kept going, oh well.

Here, we take control of Bayek of Siwa, a guardian of the Pharaoh during Ptolemaic Egypt, in a quest to avenge our son.

Origins mixed a few RPG elements without straying too far from the Assassin's Creed gameplay style.

The plotline it's quite interesting, we get to learn, well, the origins (duh) of the Order, and Bayek is pretty charismatic, too.

We also get the usual myriad of historical figures, like Cleopatra and Julius Caesar.

Ancient Egypt provides for beautiful backdrops, especially when you climb the pyramids.

As a plus, the cities feel alive (something the franchise had already mastered a long time ago, but here feels particularly nice).

Black Flag has Edward Kenway as the MC, and he is extremely charismatic, so third place goes to him, that’s just how it is.

Okay, in all seriousness, Black Flag is just plain fun.

It may be on the weaker side regarding plotline, but still, Edward (and most of the cast, for that matter) makes it damn entertaining.

It also has a ton of stuff to do and then some more.

The only downside I can think of is the real-life plotline with the Abstergo employee, which is straight-up boring.

As a side note, the sea shanties are the cherry on top of an already amazing cake, and they can make you sail around the map doing nothing just to listen to your crew sing.

You may be seeing a pattern here, yes, I’m a big Ezio fan (and who isn’t, honestly?).

It took the good (although a bit unpolished) ideas of the OG AC and turned it up 10 notches.

Renaissance Italy was a beautiful backdrop for one of the best plotlines of the franchise.

We take a young Ezio who is trying to avenge his family, and in the process, turns himself into the Master of the Brotherhood.

The variety of weapons, armors, cities, and activities it added became a mainstay of the franchise pretty much all the way up to Unity.

Sure, if you compare it with later games is a bit limited, but it is still an extremely entertaining experience.

Some of you may disagree with me but hear me out. AC: Revelations it's truly the best.

It has polished gameplay, a superb plotline that connects Ezio with the last moments of Altaïr, and a beautiful and detailed representation of Istanbul.

Old Ezio is as charismatic as his younger self, but much more mature and master-like (as he is supposed to be), so that is a great addition.

Also, as its name implies, a lot of truths are revealed to us.

We learn about Subject 16, Lucy and Abstergo’s plans, and how to stop the imminent catastrophe. Basically, the best setup AC III could have asked for.

As a side note, the brotherhood system and district battles were a ton of fun, and it’s one of the main reasons why I have it so high on the list.

If for some reason you haven’t played it yet, you are in for a treat.

What did you think about my top? If you agree, disagree, or have a snarky comment to make, leave it down below!

Let me know down below!

TOP TEN ASSASSIN’S CREED GAMES:RANKED | LIST-EM. All images featured on list-em.com are the copyright & property of their respective owners. Images by List-em or its creator are clearly stated. But, if there is anything on List-em or its affiliated sites, that has been improperly credited, please email us at [email protected] So, if you have any concerns about an image, please let us know if you would like the image to be correctly attributed or removed and, we shall do so promptly and courteously.