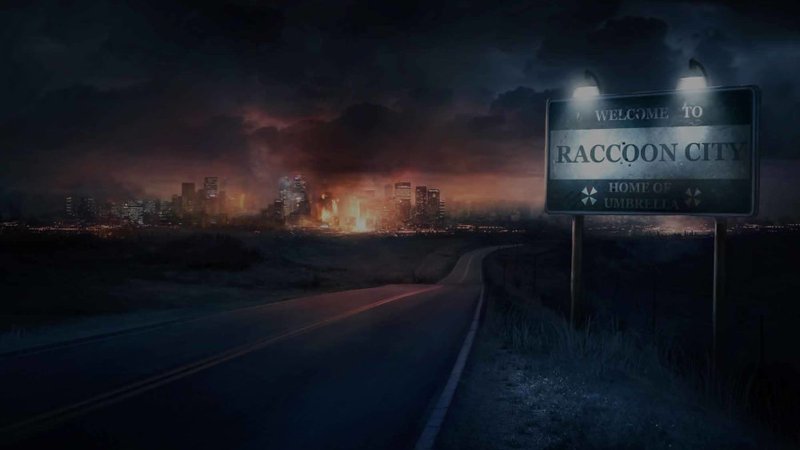 The franchise that keeps reinventing & changing the way we play horror. Enjoy the Top Ten Resident Evil games and prepare yourself for a scary ride.

With more than 20 years developing games, horror, memorable characters & raving boss fights, Capcom + his creator Shinjin Mikami + Resident Evil conquered a spot in the best video games franchises of all time. Let's review from worst to best 10 chapters of our beloved RE universe.

Resident Evil 6 is an interesting lesson for future developers.

So, looking to combine the best of all the series in one action-packed story, proved to be a high risk for Capcom.

RE6 sometimes had the potential for the best of the series, with clever moments and awesome enemy design but other times… those moments were not so memorable.

Outstanding graphics, multiple campaigns, 7 lead characters, an over the top storytelling (reaching a fast and furious territory) but overall a lack of focus.

Therefore, with RE6 more or all, is not always better.

Playing with the legends Claire or Barry and his partners Moira - Natalia, this episodic rebirth returns to the horror side of the RE franchise.

Taking a cooperative approach, you will use the abilities of the expert characters for the action sequences and a stealthy side with the new additions to the team.

The story developed between RE5 and RE6 gives us a return to the original roots of infected monsters, challenging puzzles & mysteries.

To sum up, with a new way to tell the universe of Resident Evil in less familiar consoles like the Switch, Revelations 2 is a fun experiment for veterans and new fans.

Leaving behind the survival horror mark, RE5 push you to the hands of Chris & Sheva through the lands of the African infestation.

Expanding the power of Cop-op mode, take action against the remaining shadow of the Umbrella & the now central main enemy, Wesker (Ex Machina).

Using the revolutionary over the shoulder camera from previous entries, quick-time events & teamwork, this RE aims to conquer the success of his predecessors.

Above all, high-level tension, more open environments & a strategic approach with the cooperative mode makes Chris's legend a radical change to the course of the series.

The Unofficial RE3 launched on the memorable Sega Dreamcast.

The beloved Claire returns her search for her missing brother after the events of Raccoon City, taken prisoner and in the middle of a conflict to drown Umbrella, you must once again fight against the deadly T-virus.

Improving the gameplay system from RE2 & RE3 with a refined camera movement, fluid combat & good ol puzzles. Overall, Code Veronica took a step further to fulfill the classical origin of RE.

And, close a remarkable era for the survival horror genre.

Jumping out from classical consoles, RE Revelations proved that by using the innovations of its predecessors…

Survival horror action can be pushed into new frontiers.

And, released in episodic chapters, Revelations returns the regulars Jill & Chris in a worldwide fight against new threats (Bioterrorism anybody?).

In addition to impressive graphics for a portable console such as the Nintendo 3DS, Capcom managed to combine the over the shoulder action with the horror atmosphere of the classic entries.

In short, Revelations is an interesting entry to an always innovative franchise.

The spin-off that became the main.

Rushing to maintain the hype conquered with RE2, Capcom encountered a tough decision.

So, enter the Nemesis that didn't suppose to be.

Sending the more developed Code Veronica to the Sega Dreamcast and fulfilling the wish of Sony to continuing the numbered series on the Playstation, a rookie studio took the task to return with Jill Valentine & her attached creep monster.

And, the mission? Simple

Scape from the falling Racoon City and by all means, survive Nemesis.

And, Capcom does it again.

Thou this time with great results.

Reinventing the franchise, taking back the high points of previous RE games & filling the emptiness left by its competition (looking at you Konami and P.T.) RE7 became an unexpected success in the gaming universe.

Welcome to the Survival Horror Rebirth.

In fact, using the risky first-person perspective, the confined atmosphere from the classics RE (inspired by Silent Hill…a moment of silence, please) & developing truly terrifying enemies, RE7 took the genre into new levels.

Search for your missing wife (not so long presumed dead) inside the friendly house of The Bakers, while dealing with the mad, the horror & the pain of this bold survival game.

In conclusion, RE7 is by far a fresh back to basics.

Ok, here comes the trifecta…and before you start typing angry comments about this order, these last three entries are probably a tie. But, we have to put some numbers on.

So, here are the best three legends of the RE franchise.

Certainly, RE4 is the game that changed the way we play.

Taking control of the favorite Leon Kennedy against a Spanish cult (?) that kidnaped the president's daughter, this RE cut ties by the extreme with previous entries.

RE4 is the rebel boy that divided the fanbase by throwing down the classical survival horror of Raccoon City.

Above all, you can expect the most fun to play game of the franchise & certainly the most debated.

The game that started all and the birth of survival horror.

Using the advanced 3D rendering of Sony's Playstation, CAPCOM with the work of the game artist Shinji Mikami developed a new way of play horror.

The setting? Simple on paper: A rescue mission.

The elite group of special forces S.T.A.R.S. was sent to investigate the mysterious attacks near Raccoon City, but the mission failed & the remaining members were missing.

A second group was dispatched but the results were similar, an attack, a crash, a run for life, a "safe" refuge…

With outstanding graphics for the Playstation, the mark of the house with tank controls, fixed camera angles, engaging soundtrack & spooky jump scares, this little gem stamp its brand in the gaming history.

Then, a faithful retelling appeared, at 2002 & this time at the remarkable hands of the late Nintendo's Gamecube.

Applying the full power of the Cube, REmake teaches us how to rebirth a legendary game. As a result, prepare to be immersed in a darker atmosphere of challenging enemies, polished environments but overall, a true survival horror experience.

And, yes we may take two entries in one. But, REmake 2 would vanish from our existence if it wasn't for the amazing job made by his older brother.

Taking the Playstation by storm while improving + excelling the work of RE1, this gem took us out of the mansion into the heart of Raccoon City.

Giving us the control of a rookie Leon into his legendary encounter with the biker Claire & their fight to escape from the horrors of the Umbrella experiments.

With clever storytelling, well-writen characters, terrifying monsters (some Mr. X) RE2 proves that classical survival horror is what you need to claim the throne in the history of gaming.

Because RE2 is into our history also, this is the first game that appeared on a little TV at my aunt's house back in my childhood.

The one that started our passion for visual stories & games.

The one that started all.

And, Capcom couldn't leave this gem in the vault of memories.

So, when you develop a graphic masterpiece such as RE7, then it was a matter of time to test out his RE engine in a true legend.

How can you revisit the road of RE2 without destroying his legacy?

It's well known that some modern takes don't always pay off.

But REmake 2 wasn't a newbie entry.

Ditching the fixed perspective and classic control from his core, a new & strategic way of playing horror reborn.

Also, a retelling wasn't enough. As a result, Capcom and the amazing team behind REmake 2 took a flawless story, expand it with remarkable additions & created the ultimate masterpiece from the legend of our beloved dynamic duo.

A visual feast, an OST that complements the spooky environments of Raccoon City, a return to the basics of well-thought puzzles, incredible animations & challenging enemies, REmake 2 shows how to take a series into higher levels.

Tell Us Below & In The Meantime, Check Out Our Ranking Of The

Top Ten Games You Must Play Before You Die,

A Free Guide For Your Gamer Self.

TOP TEN BEST RESIDENT EVIL GAMES: RANKED | List-em. All images featured on list-em.com are the copyright & property of their respective owners. Images by List-em or its creator are clearly stated. If there is anything on List-em or its affiliated sites, that has been improperly credited, please email us at [email protected] If you have any concerns about an image, please let us know if you would like the image to be correctly attributed or removed, and we shall do so promptly and courteously.